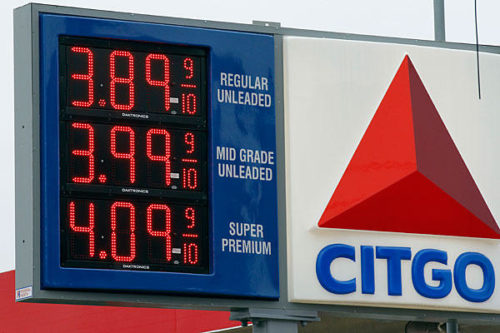 With spring-like weather popping in on wide swaths of the United States, we’re sure many of you are looking forward to travel by car in the near future. But an unhappy surprise is greeting drivers when they pull up to the gas pump – prices are already making their near-annual spring hikes, and we’re still weeks away until spring actually arrives.

Which makes us wonder just how high gasoline will be when we enter June, July and August, since gasoline price traditionally increases in those summer months as well. It looks as if it isn’t out of the question that we’ll see $5.00 for a gallon, and soon, if prices continue the dramatic rises they’ve been posting throughout February.

According to the American Automobile Association (AAA), which publishes the daily Fuel Gauge Report, the national average cost of a gallon of gas is now $3.70. That’s up 15 cents in just a week, and 29 cents over the last month.

Some parts of the nation, California in particular, have been particularly hard hit. Gasoline in Sacramento has risen by nearly a quarter in the last week, and by an astonishing 55 cents in the last month. Gas in the state capitol is currently $4.19 a gallon, a full half dollar higher than it was during the same time a year ago.

Yet residents of Sacramento are still paying a dime less than the average price of a gallon of gas in California. The Golden State has an average of $4.29 – 15 percent more than residents paid for a gallon of gas exactly one year ago. Los Angeles, San Francisco and San Diego all have prices higher than Sacramento.

Alaska and Hawaii also have an average cost per gallon exceeding $4.00, and Connecticut, New York and Washington, D.C. are hovering right below the four dollar mark. Residents of Colorado and Wyoming are paying the lowest prices in the nation, with a gallon of gas going for $3.20 or under in both states.