How to Handle a Hit and Run Incident 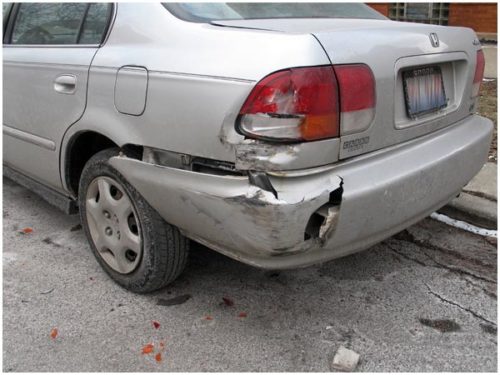 Hit and run incidents can be depressing without the appropriate coverage. (image by avoision.com)

Picture this scene: You’ve just finished a wonderful dinner at your favorite restaurant. As you enter the parking lot, you’re feeling great. But once you see your car, you instantly go from cloud nine to feeling sick. Your previously pristine vehicle – the car you consider your pride and joy – has been hit and suffered serious damage from another car. You franticly examine to see if anyone has left insurance information, but there is no note on your car.

You’ve just become the victim of a hit and run driver.

While we generally think about hit and run drivers fleeing the scene of a crash while on the road, most of the incidents of hit and run involve parked cars. And if the situation above had (or has) happened to you, you wouldn’t be alone.

Allstate Insurance reports that in their experience, seven of every 10 hit and run incidents involve a parked car. Unfortunately, in most cases, you’ll find that it is highly unlikely that you’ll be able to find the responsible party. While most states have laws on their books requiring drivers to leave information when they collide and damage parked cars, the vast majority of drivers fail to do so.

So what should you do if you’re involved in such a situation?

In most cases, if you have the appropriate coverage, everything will work out fine. And since these sorts of situations aren’t normally considered at-fault accidents, you probably won’t be facing any increases on your car insurance premiums.