Obama’s 54.5 MPG: How Much Would Drivers Save this Thanksgiving? 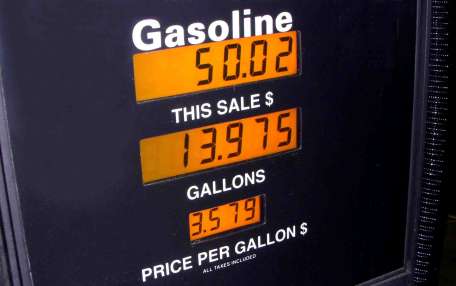 Fuel economy will be on the minds of travelers this Thanksgiving. (greencar.com)

Regular readers will remember that just last week, the Obama administration announced that the Environmental Protection Agency (EPA) and National Highway Traffic Safety Administration (NHTSA) published the first version of the proposed rules that will require automakers to have a Corporate Average Fuel Economy (CAFE) of 54.5 mpg by 2025.

Since the rules were first announced in July in a negotiated effort between the administration and automakers, including Chrysler, Ford, General Motors, Honda and Toyota, they’ve touted huge potential for savings on fuel costs. Even though it’s estimated that the technology required to get such high fuel economy will boost the average price of cars by $2,023 and light truck prices will increase by $1,578.

The higher price of cars will be offset by that higher fuel efficiency to the tune of up to $6,600 in fuel costs over the lifetime of a vehicle, which adds up to a net lifetime savings of up to $4,400 for the average car car. Alternative estimates have pegged the increase in price on the average car to be as much as $3,000.

With Thanksgiving upon us, Environment America decided to see how much the 17.3 million families expected to take to the road for visits to families and friends could save if the new CAFE standards were in place now.

After all, it’s expected that drivers will spend $553 million at the gas pump for their holiday travel over the next few days. The Environment America report found that those same drivers would save almost $260 million at the pumps on just this one holiday if cars averaged 54.5 mpg. That’s a pretty sweet return on investment in our book.

“On Thanksgiving, Americans should be able to travel over the river and through the woods to Thanksgiving dinner, without having to stop at the gas pump,” said Jillian Hertzberg, Clean Vehicles Associate for Environment America. “Cleaner and more fuel efficient cars would cut pollution and keep enough in each family’s wallet this Thanksgiving to bring a few extra pumpkin pies to dinner!”