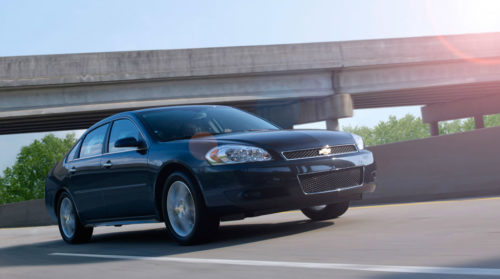 The Chevrolet Impala was the 10th best selling car in January. It gets 30 mpg on the highway. (GM)

The Obama administration announced initial rules that would raise the Corporate Average Fuel Economy (CAFE) standards to 54.5 miles per gallon in the near future, but it isn’t as if automakers haven’t been attempting to increase the overall fuel economy of their cars without the heavy hand of government regulation.

Case in point: a newly released study by the University of Michigan Transportation Research Institute shows that the average fuel economy of the new cars bought by consumers in January reached their highest levels ever, hitting 23.0 mpg.

The study has been calculating the average fuel economy of vehicles sold in the United States each month by taking the sales of cars, SUVs, vans and pickup trucks and their EPA estimated fuel-economy ratings. Researchers say they’ve been able to obtain fuel economy information on 99.8 percent of the cars purchased since October 2007.

And we’re sure consumers will appreciate the improvements in fuel economy when they hit the pumps, especially if gas prices rise throughout the spring and summer months, as they normally do.