Advertiser Disclosure: We strive to help you make confident car insurance decisions. Comparison shopping should be simple. We partner with top insurance providers. These relationships don’t influence our content. Our opinions are our own. 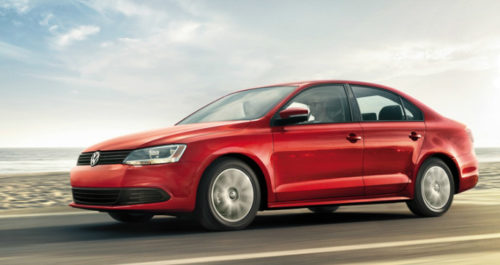 Auto sales in 2011 turned out to be pretty good for most automakers, including each of the Big 3. For the first time since 1988, all three domestic brands increased their market share. The combined market share of General Motors, Ford and Chrysler came in at 47.2 percent, which was a significant rise from 45.1 percent in 2010.

Things weren’t quite as rosy for Japanese automakers Toyota and Honda, as both sold fewer cars in 2011 than they did in the year earlier. These automakers have led the way with hybrid technologies, with Honda introducing the first mass-produced hybrid automobile sold in the United States with the Insight in the 2000 model year. Toyota followed seven months later with the introduction of their Prius.

And for the second straight year, hybrid cars have lost market share, despite the whopping increase in choices consumers have to pick from. Hybrid sales peaked in 2009. Back then, there were 17 different hybrid vehicles on the market. Now there are more than 30, yet hybrid vehicle sales decreased by 2.2 percent overall in 2011.

Hybrids sales have decreased, but diesel appears to be making a comeback in the U.S. market. Sales of new clean diesel automobiles in the U.S. increased by an impressive 27.4 percent in 2011 over 2010. And they often return fuel economy that’s well beyond that delivered by hybrids.

“Without a doubt, 2011 was a key year for the industry’s effort to reestablish clean diesel automobiles in the United States,” said Allen Schaeffer, the Executive Director of the Diesel Technology Forum. “This 27 percent increase in annual sales is a strong sign that American drivers are understanding the benefits of new clean diesel technology in terms of better fuel efficiency and reduced emissions.”

We know given the choice, we’d probably select a high-torque diesel over a gasoline powered hybrid. How about you?