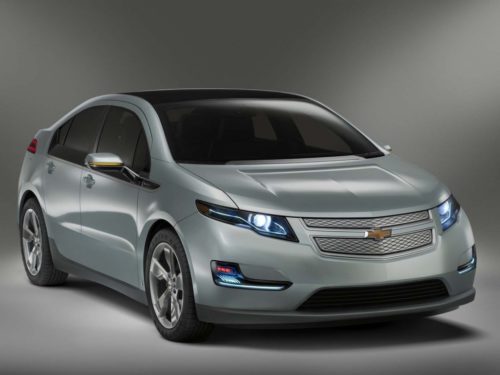 The NHTSA has opened a defect investigation on the Chevy Volt. (GM)

Even though we don’t agree with the idea that there is a huge, untapped market of Americans chomping at the bit to buy an electric vehicle, we do think there is a market for them, however limited it may be.

And of the two choices currently being offered with a mass-market focus – the Nissan Leaf and the Chevrolet Volt – we’re bigger fans of the Volt. Unlike the Leaf, which only has its batteries to power it and perhaps a 60-70 mile real-world range, the General Motors offering has a gasoline powered internal combustion engine.

That means a Volt owner can chose to go all-electric, a mix of electric and gasoline, or just gasoline. There aren’t limits to how far a driver can go, and cross-country trips are certainly possible.

We’ve already discussed how the National Highway Traffic Safety Administration (NHTSA) had raised concerns over a fire that occurred three weeks after they had crash tested a Volt. And since that incident, two other Volts that have undergone testing have also caught fire.

Those new fires have prompted federal safety regulators to begin a formal defect investigation on the Chevrolet Volt. Despite this, we’re not convinced that EVs pose any more a significant risk to drivers than a typical gasoline automobile, and the NHTSA seems to agree, stating that no known fires have happened on Volts involved in highway crashes. But the NHTSA obviously believes there is reason for concern.

“While it is too soon to tell whether the investigation will lead to a recall of any vehicles or parts,” the company said, “if NHTSA identifies an unreasonable risk to safety, the agency will take immediate action to notify consumers and ensure that GM communicates with current vehicle owners.”