February Car Sales Rise Across the Board for American Automakers 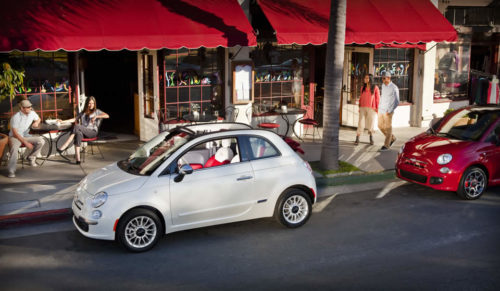 The Fiat 500 posted its best sales month ever in February. (fiatusa.com)

With the books closed on the second month of new car sales in the United States for 2012, it’s again Chrysler posting the largest gains of any American automaker with a 40 percent increase in February compared to the same month last year.

Much of the increases being posted by automakers are due to sales of smaller, fuel-efficient cars, which consumers are selecting in the face of rising gas prices. The minuscule Fiat 500 posted its best ever month of sales, while sales of the Chrysler 200 was up by more than 400 percent.

Ford Motor Company says it’s sales increased by 14 percent the Focus and Escape both posting impressive gains, as well as a 26 percent increase in the bread-and-butter F-series truck sales.

But while the Focus doubled its sales from last February and posted its best February performance in twelve years, other small car offerings from Ford, including the sub-compact Fiesta and mid-sized Fusion sedan both saw declines, as did the larger Taurus.

Most analysts had expected General Motors to repeat its performance in January – meaning they’d have lower results compared to a year ago – but GM says it saw a 1.1 percent rise in year over year sales for February, based on demand for small cars.

The Chevrolet Sonic had its best sales month so far, with nearly 8,000 being driven home by buyers and sales of the Chevrolet Cruze were up by double digits. And the troubled Chevrolet Volt posted a 264.1 percent gain over sales from a year ago. GM’s sales increases came from the Chevrolet brand, with Buick and Cadillac both suffering double-digit declines for the month.