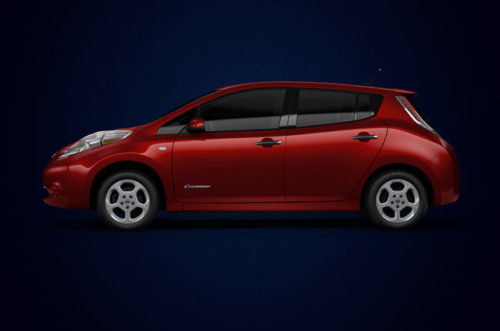 Americans have embraced hybrid technology in the last few years, but fully-electric cars have yet to catch on except with a small handfull of consumers. And while we’re certain electric vehicles (EVs) are nowhere near becoming the first choice of consumers, many new models will appear in 2012, including consumer-oriented choices like the Ford Focus Electric.

There are misfit cars such as the Chevrolet Volt that offer a mix of EV utility and a gasoline engine for when electric range is exhausted, but the majority of EVs have to be charged with an electrical source in order to operate.

It’s possible to charge many EVs with a standard 110 volt outlet, but in order to get the best performance and fastest charging times, owners have to install EV charging stations that operate on 220 volts. Such stations can cut the time it takes to fully charge an EV in half, meaning full capacity is reached in as little as four hours.

In the past, owners that install chargers have been able to take advantage of tax credits that covered a significant portion of the cost of installation. 2010 saw tax credits of up to 50 percent of the total cost available as part of a government stimulus package.

The deductions for 2011 aren’t quite as large, but taxpayers who installed such stations can deduct 30 percent of the cost, up to $1,000 when they file next year. And commercial enterprises are allowed to deduct up to $30,000.

But despite the upcoming new models that will debut in the next calendar year, Congress has taken no action on extending charging station tax credits, so as of Saturday, December 31, the program officially ends.

Of course, Congress can reinstate these tax credits retroactively once they come back into session in January, but as of yet, there’s been no solid action indicating they will do so.

The biggest tax break on EVs remains in place, however. Buying an EV will still garner a tax credit of $7,500, greatly reducing the cost of such vehicles.