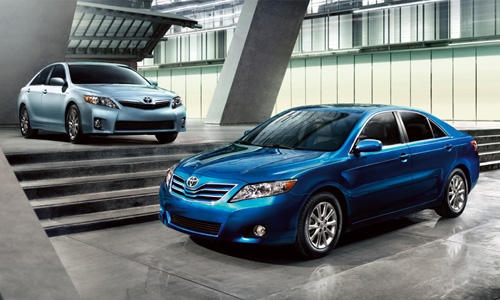 Toyota’s Camry is still the best selling passenger car, but year to date sales are down more than seven percent. (image by toyota.com)

We’ve seen opinions that claim any eventual economic turnaround will be largely based on sales of new cars and trucks. And if that’s the case, things aren’t looking positive, despite consumer spending being static in August, 2011. Auto sales declined slightly, down 0.3 percent according to the U.S. Commerce Department. Consumer spending makes up about 70 percent of our total economic activity, so declines and flat results indicate we’re certainly not in the midst of an economic turnaround.

That isn’t as if poor auto sales weren’t expected, with natural disasters such as Hurricane Irene impacting sales in Atlantic states. And industry pundits such as J.D. Power and even auto manufacturers have significantly lowered expectations of auto sales in 2011.

Another indication that things are getting no better is the unemployment rate. There were no jobs added in August, and unemployment is a claimed 9.1 percent nationwide, but we do wonder how many people are being left off of those rolls, not to mention how many are underemployed or simply too unsure of the economic climate to consider a high dollar purchase such as a buying a new car would entail.

However, not all consumer spending was down, with gasoline seeing an increase of nearly 1 percent in August. That’s based mostly on increases in the price of gasoline, however, rather than an increased volume of purchase. That may help the oil companies, but it places a serious strain on drivers who hope to squeeze every last mile per gallon they can from their cars.

One bright spot, if there is any, is that U.S. based automakers are seeing rising sales. Japanese automakers, including both Toyota and Honda, are seeing sales declines for the year, even with extremely popular models like the Toyota Camry and Honda Accord. Nissan is the one Japanese automaker that is actually gaining ground, with sales up nearly 20 percent this year.

Here are the top 10 selling cars in the month of August, courtesy of our friends at Kicking Tires.