Is It Time to Recall Toyota? 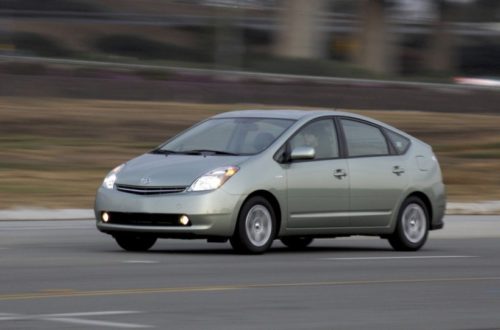 When you’re Toyota — a company that only two years ago survived a huge public relations debacle — another massive safety recall is not what you want. But headlines are screaming this week about 2.8 million Toyota vehicles that are being recalled for a water pump problem on the Toyota Prius, plus a steering shaft weakness that could deteriorate your ability to steer the car.

In the U.S., the water pump issue applies to 670,000 Toyota Prius Hybrids from the years 2004 through 2009 and the steering shaft problem is on 350,000 of those same cars. Yes, that’s a lot of cars — five years’ worth of one of the most popular models Toyota has ever marketed.

And yes, it’s compelling to look back at the ugly mess that happened in 2009, when Toyota recalled 12.4 million cars globally and 10.2 million of those cars were right here in the U.S. The word spread that Toyota cars had faulty acceleration, but the most Toyota admitted to was a sticking gas pedal caused by a floor mat jam. This recall and its associated lawsuits cost the company big bucks, but no proof was ever brought forth that these accidents were not caused by human error.

Not Too Big to Fail

Why do I argue for Toyota? Basically, I have come to respect the company and its overall safety record. I also respect what they’ve done since 2009 when the trouble began. And I’m not the only one. Jessica Caldwell, an analyst from Edmunds.com, warns that judging Toyota on this recall may be hasty.

“After 2010, we demanded Toyota be transparent and proactive in recalling vehicles and now they are — along with most other manufacturers,” Caldwell said. “In terms of perception, the long-run benefits of a commitment to safety and quality will outweigh any short-term backlash.”

Toyota takes the U.S. market seriously and has stepped up its transparency to a very high degree to get us to buy its products. Toyota has also been a leader in the global car market for several decades now and that has naturally increased the amount of Toyotas on the world’s roads — thus many problems can potentially be found.

To Toyota’s credit, this recall was completely voluntary on its part. It was not in response to a government investigation. The agency that regulates recalls, the National Highway Traffic Safety Association (NTSHA) has many investigations going on many other brands — at the time of this writing, more than 50 to be specific. Of those 50 investigations, 72% are American cars. Toyota’s presence on the list is minimal.

Brian Lyons, Toyota’s manager of quality and safety said that the “corporate structure” at Toyota has dramatically changed since the recalls of 2010.

“Since that episode, Toyota has made structural changes and hired a chief quality officer and product safety expert at very high levels and we have a direct line to President Akio Toyoda if we need to use it,” Lyons said.

If you have a 2004-2009 Toyota Prius, the good news is that the two things that could possibly be weaknesses can now be fixed for free. All you need to do is contact your nearest Toyota dealership and set up a service appointment.

If you’ve lost faith in Toyota entirely, keep your eyes open and don’t believe all the hype. Just like the Japanese proverb says, “The nail that sticks out gets hammered down.” This is true for the huge company that is and has been the case ever since Toyota overtook GM as the automotive global leader.

I tend to believe Mr. Lyons when he said Toyota is committed to getting rid of their quality issues.

“Most consumers understand that things can go wrong with products; they want to be reassured that you will be open about them and take full responsibility for fixing the issue. That’s what we are doing,” he said.