Sprint Introduces ‘Shut Up and Drive’ App, Charges $2 a Month 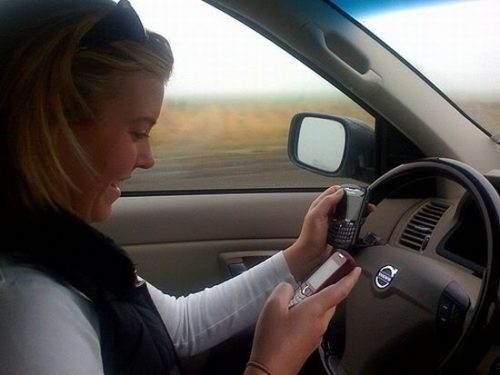 Distractions, such as cell phone use, can lead to accidents. (image by cracked.com)

Smartphones continue to be adopted by more wireless consumers, offering yet another distraction behind the wheel of cars. These advanced phones go well beyond traditional cell phones, offering a huge range of functionality and a wide range of applications, such as browsing the web, tweeting and even allowing you to post status updates, photographs and more to social networking site Facebook.

Last week, we discussed an application being offered by AT&T that parents can use to keep their children from texting or performing other tasks with smartphones when they’re driving. And with corporate rivalries being what they are – followers of the mobile industry should know that Sprint has sued to stop AT&T’s proposed purchase of T-Mobile – this week, Sprint answers with their own application designed for the same purpose.

Sprint’s Drive First application is essentially the same as the one offered by AT&T, stopping phones from being used once a phone detects that it’s moving 10 miles per hour. But unlike the AT&T application, which is free, the one being offered by Sprint tacks a $2 per month surcharge on your phone bill.

Another difference beyond the cost is that Sprint’s application is currently only available for Android devices, whereas AT&T’s is offered for Android, Blackberry and Apple iOS. Sprint says a version for Blackberry devices is forthcoming.

While we still think education and self-control are the real answer to distracted driving, for parents of young drivers who fear their children can’t be trusted to put the cell phone down when they’re behind the wheel and are customers of Sprint, there’s now an option, albeit with a monthly cost.