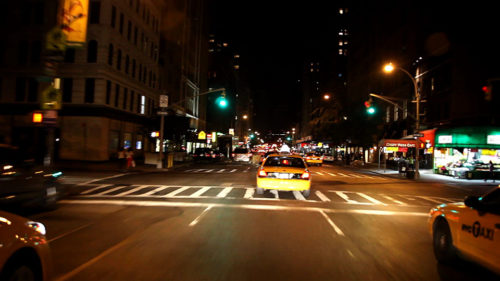 While driving in cities can be a pain, some are safer than others. (image by videohive.net)

Allstate Insurance, which carries just over 10 percent of all of the car insurance policies in the United States, has released its seventh annual report on driving. It ranks the largest 200 cities in the U.S. on car collision frequency to identify the cities with the safest drivers using claims data the insurer has processed.

This year’s “Safest Driving City” is a repeat champion, Fort Collins, Colorado, that has garnered the top spot two years running. Allstate says that the average driver in Fort Collins will be involved in a car crash every 14 years. That’s 28.6 percent less likely than the national average of every 10 years.

“Allstate’s Best Driver’s Report was created to boost the country’s discussion on safe driving. Each year we hope the report will increase awareness on the importance of being tolerant and attentive behind the wheel,” said Mike Roche, executive vice president, Allstate’s Claim Organization. “We want to recognize the city of Fort Collins for again being the safest driving city in America, and we salute all of America’s safe drivers, who help make our communities better places to live, work and raise families.”

“For the second year in a row, we’ve earned the title of the safest driving city in America due to the responsible behavior and safe driving habits of our residents. Safety is a critical component to creating a world-class city; we have our residents to thank as they are undoubtedly the reason Fort Collins is one of the best places to live, work, and play.” said Fort Collins Mayor Karen Weitkunat.

Fort Collins isn’t the only city that displayed safe drivers, however. Here’s the top 10 safest driving cities in the United States: